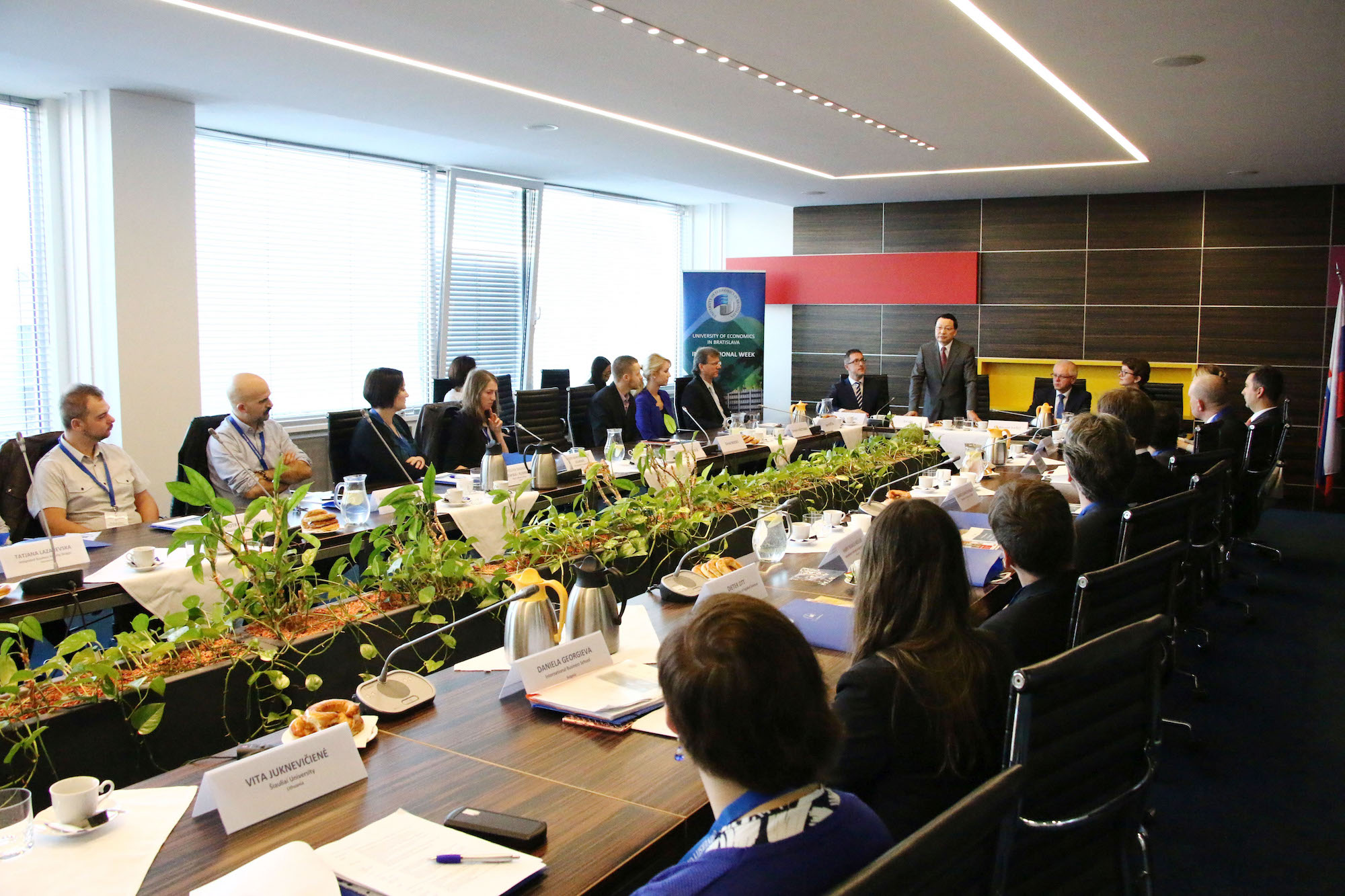 Between October 16 and 20, 2017, the University of Economics in Bratislava hosted two dozen experts from different parts of the world at the 5th edition of the International Teaching & Training Week 2017. The event was attended by 20 representatives from 16 foreign universities from 16 European and non-European countries.

The event organized by the University on the occasion of the 30th anniversary of the Erasmus+ programme was opened by Prof. Ferdinand Daňo, Rector of the University of Economics in Bratislava and H.E. Lin Lin, Ambassador of the People’s Republic of China to Slovakia. The UEBA is actively involved in the Erasmus+ project calls, and is currently successfully cooperating with several non-European countries, including China where it has a cooperation with Ningbo University and Southwestern University of Finance and Economics in Chengdu (SWUFE).

Students  of the UEBA were given an opportunity to attend 11 lectures at the UEBA’s faculties, including 2 lectures at the Faculty of Business Administration in Košice focusing on marketing, logistics, computer science, management, communication and international relations, prepared for them by lecturers from abroad. The participants of the event also visited the EUBA’s campus in Košice, and the historical centre of Košice and Levoča, where the delegation was accepted by the mayor of the city, Dr. Milan Majerský.

The event was attended by specialists from the university departments for which the International Mobility Department prepared a two-day workshop focused on Internationalization and the Possibilities of International Academic and Research Cooperation and Managing Teams. The programme was accompanied by several side events. Finally, the participants reviewed the individual activities and appreciated the establishment of new academic contacts, stimulating discussions on scientific and project cooperation and excellent preparation of the event. 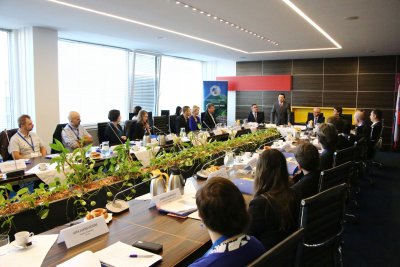 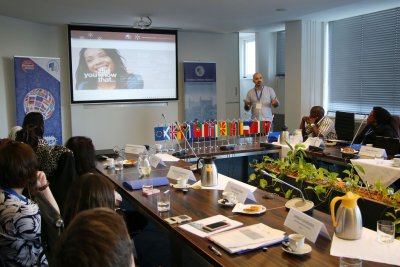 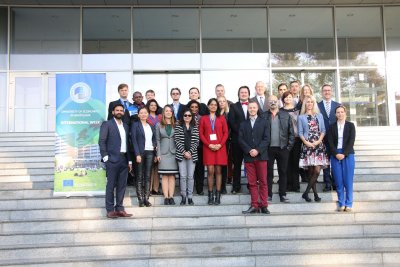 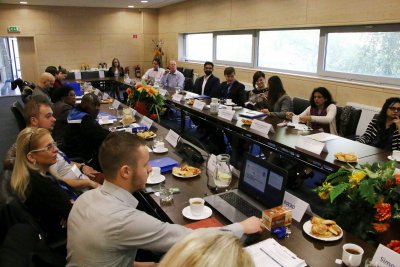 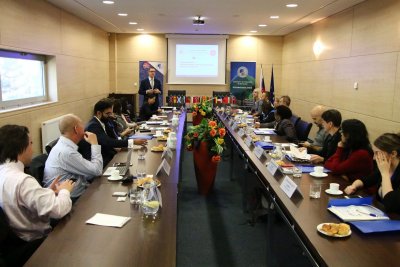 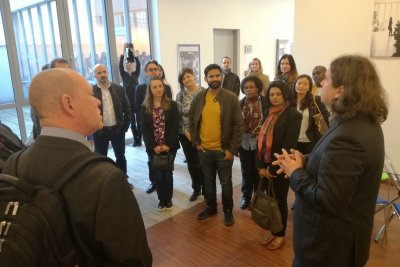 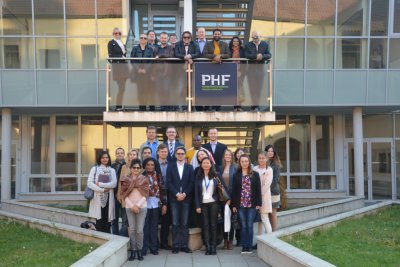 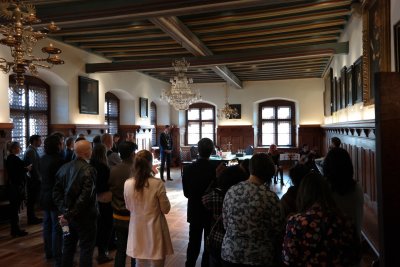 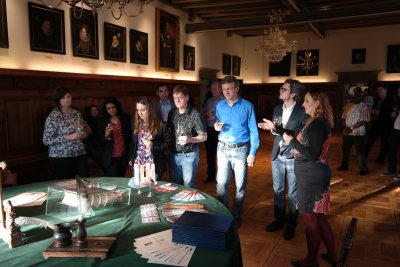